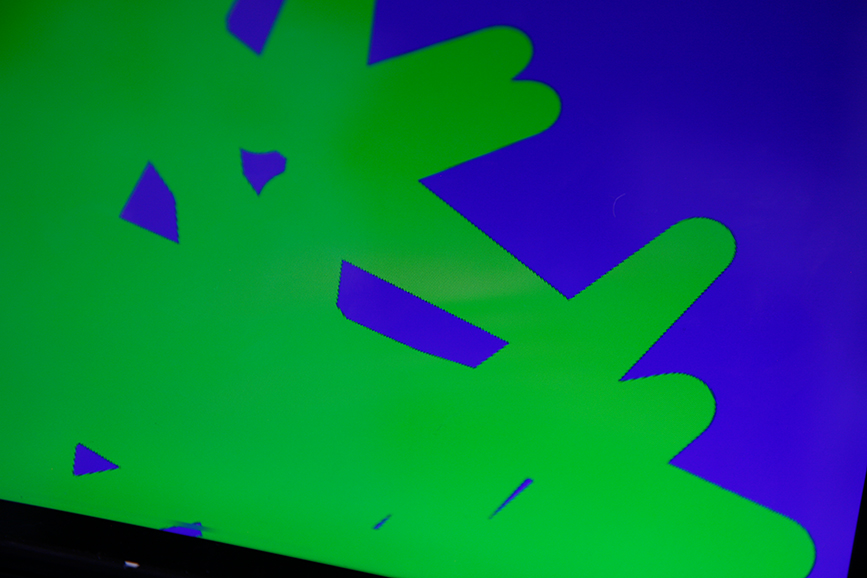 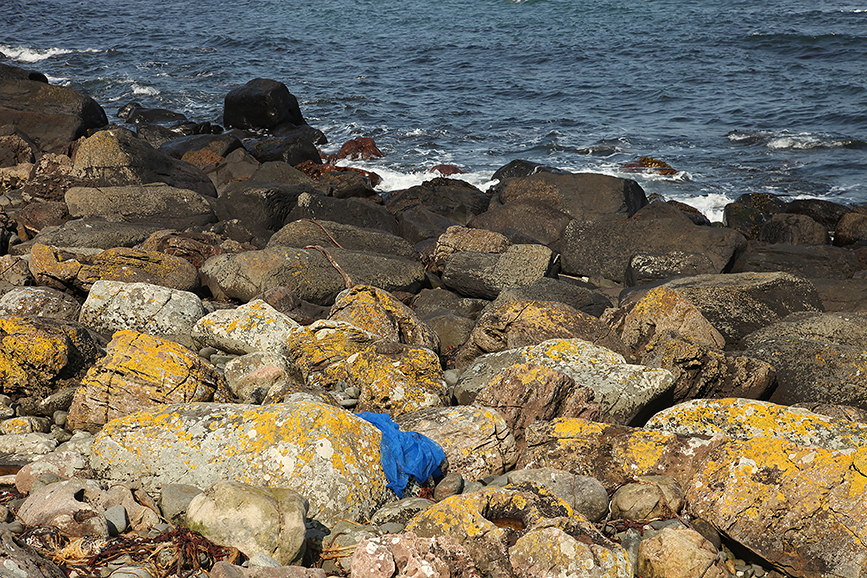 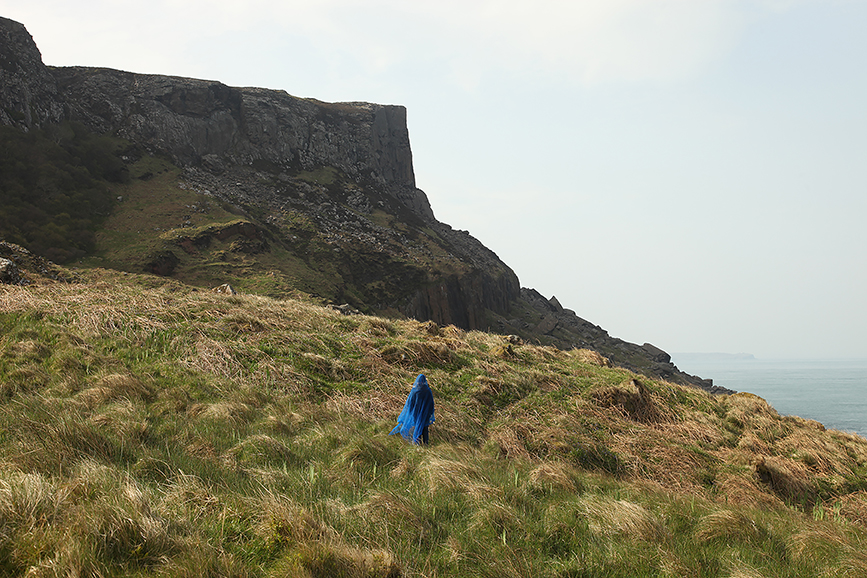 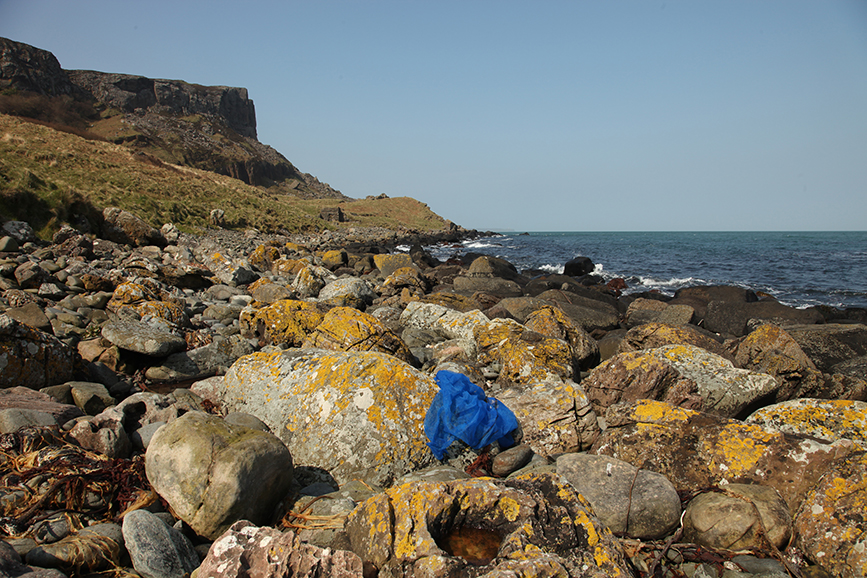 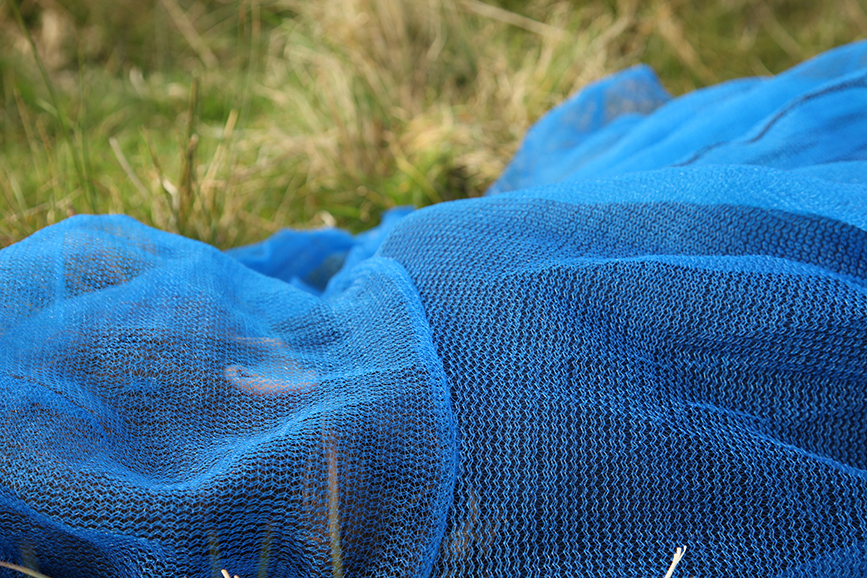 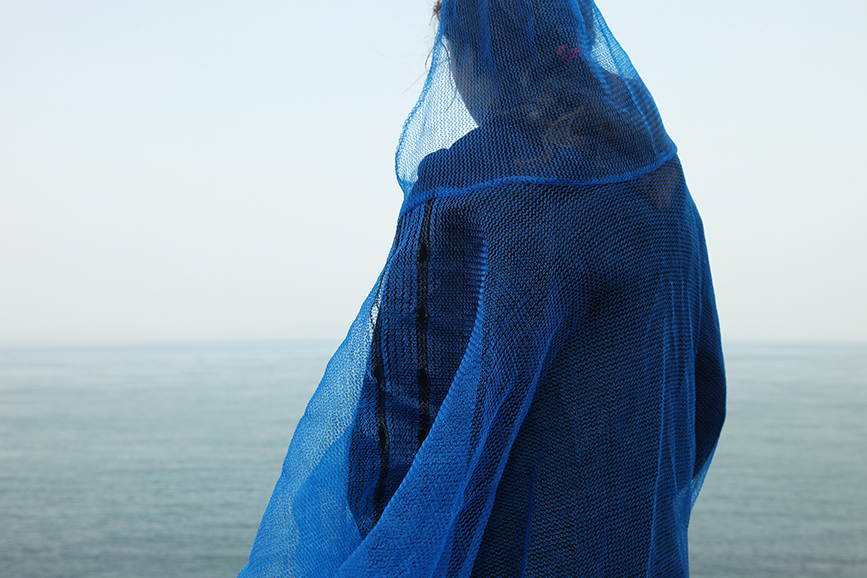 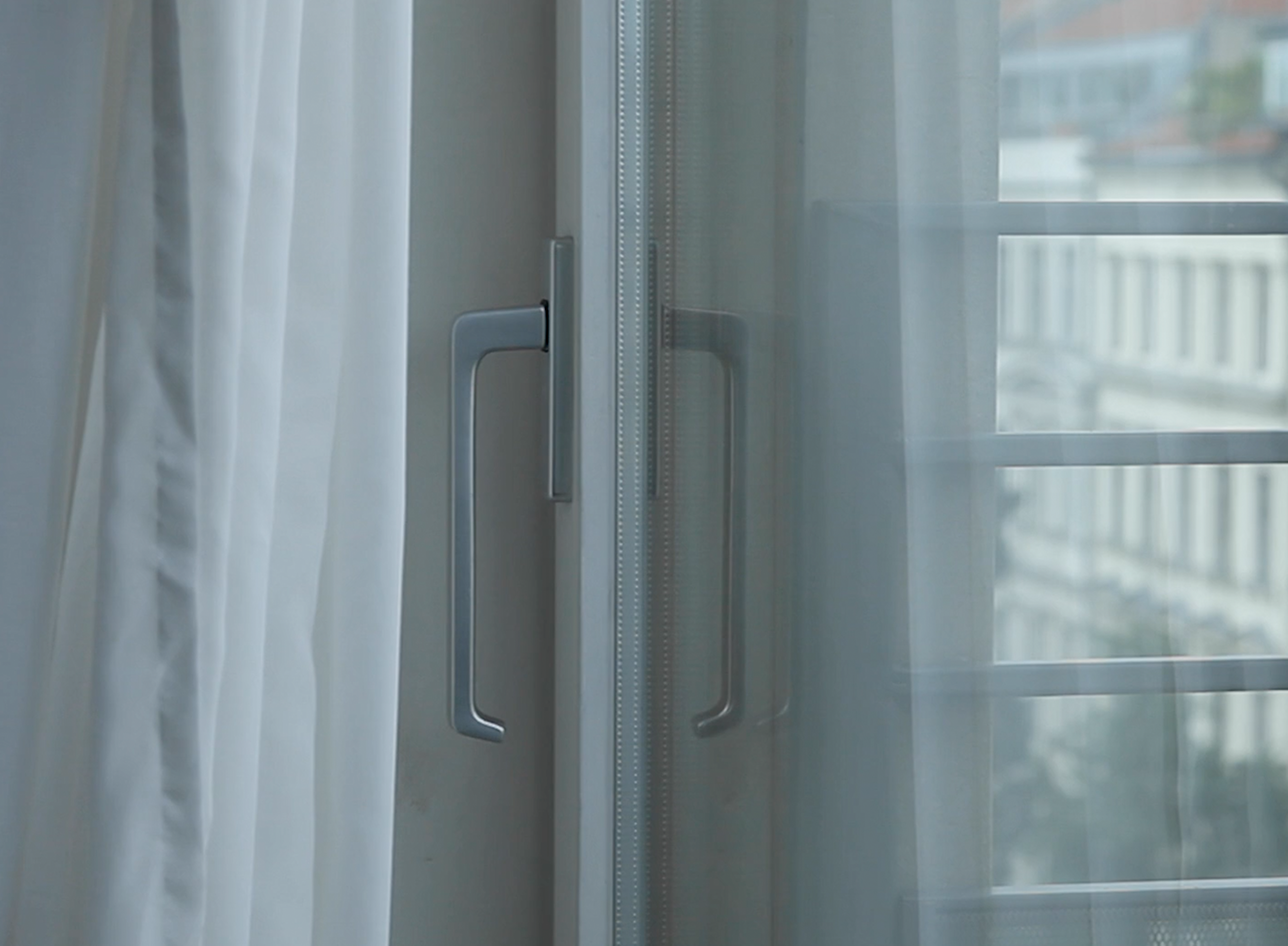 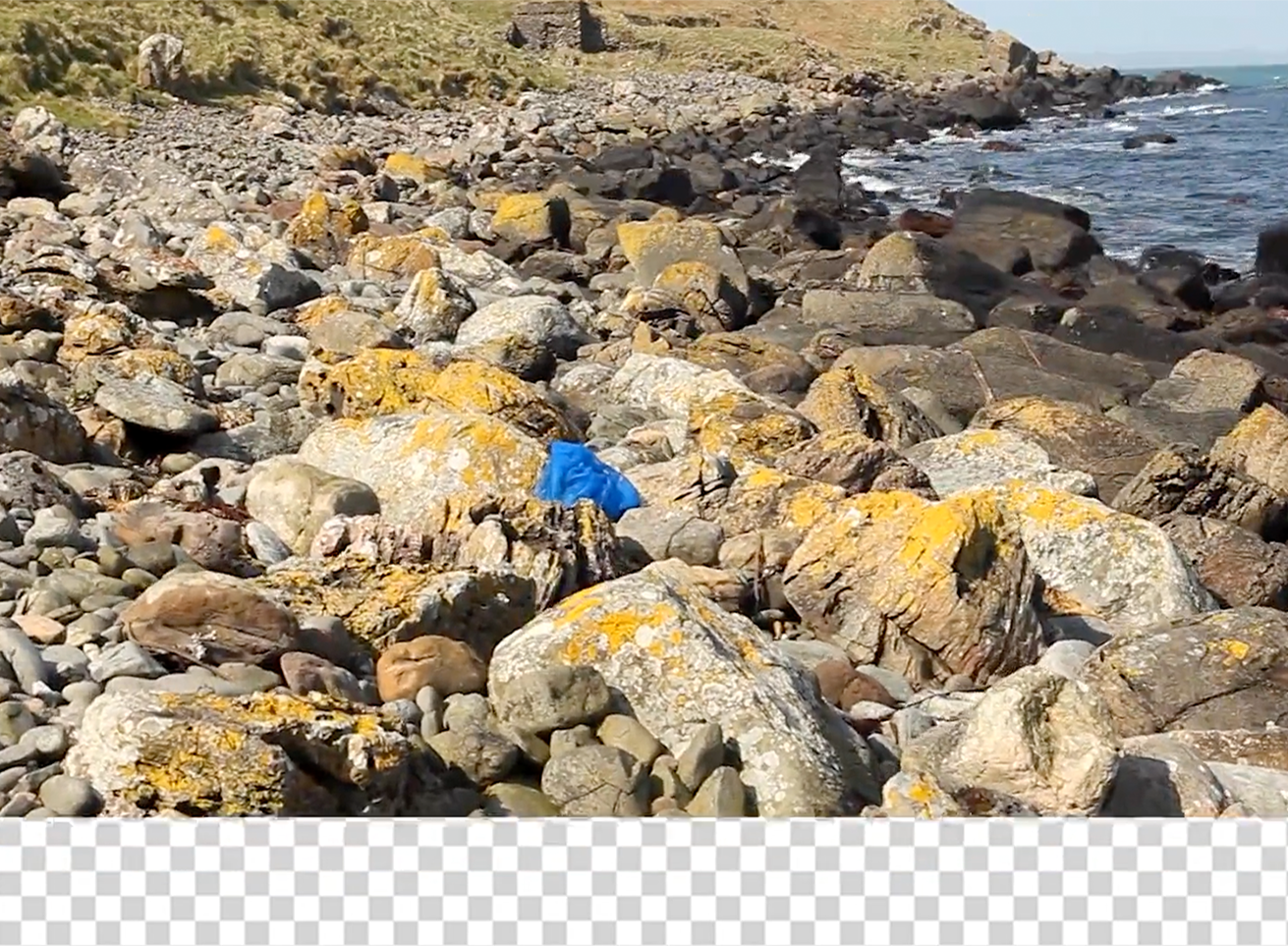 The gigantic landscape of Murlough Bay in the Northern Irish Highlands becomes the setting for a mixture of different realities. Playing with the concept of chromakeying – a tool in digital media that is used to remove a background from the subject of a photo or video by using a blue or green screen – both the protagonist and the landscape take turns in being that subject. The blue poncho made of scaffolding net, acts as a permeable layer between the viewer and the protagonist, between reality and imagination, between digital and analog techniques of representation.